Burgos AS A HOLIDAY DESTINATION 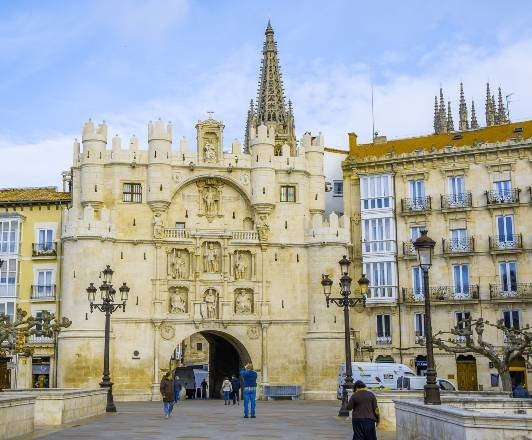 VIEW TOURS THAT INCLUDE Burgos

Our trip was originally scheduled for April 2020. For obvious reasons it could not happen. We stuck with Ken and his team at Totally Spain and they delivered a Nov 2021 trip my extended family will never forget. We had a group of different ages with ...

Burgos, in the Spanish region of Castilla y Leon,  is a fine city to visit and has a thriving gastronomic scene.  UNESCO named Burgos the Spanish City of Gastronomy in 2013.

Historically, in the middle ages, Burgos was for five centuries the capital of the unified kingdom of Castilla-Leon: that title was given to the city of Valladolid following the fall of Granada.  It is the birthplace of the great 11th century knight known as El Cid.  Burgos is one of the top highlights along the Road to Santiago boasting a masterpiece of Spanish Gothic architecture in it's cathedral, declared by UNESCO of World Heritage status.  The remains of EL Cid are buried in the cathedral.

Burgos is one of those lovely, small, manageable Spanish cities that has much to offer the traveler.  It has a lively bar scene and is a great place to experience the Spanish tradition of tapas hopping.  One of Burgos' major culinary contributions is morcilla de arroz or black pudding with rice,  for which it is famous all over Spain.  Only an hour or so from Burgos is the Ribera del Duero wine region. So visiting Burgos is a great opportunity to taste from a huge selection of Ribera wines, the preferred wine of choice locally.

One of the top archaeological digs in the world: Atapuerca, is located just 25 minutes from Burgos.  The caves at Atapuerca were home to the earliest humans in Europe. Among the many discoveries at Atapuerca are ancient cave paintings. The Human Evolution Museum in Burgos’s city centre, is a wonderful complement to Atapuerca.

You only need to let your Totally Spain agent know and we can include a stay or visit to Burgos, with an expert local guide as part of your very own custom private tour in Spain.