Gijon AS A HOLIDAY DESTINATION 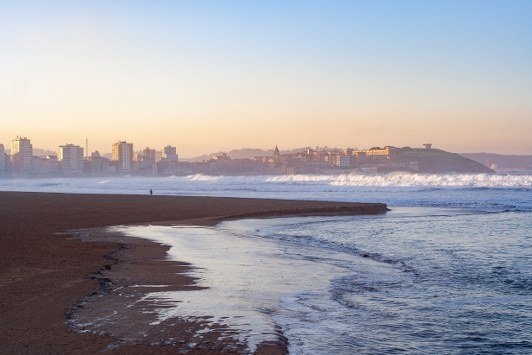 VIEW TOURS THAT INCLUDE Gijon

Dear Olaia, Yoram and I wanted to thank you so for an excellently planned trip you organized for us in Andalusia. We loved the Paradors and the fact that a couple of them were outside of cities, which gave a sense of the country side and was quie...

Gijon - historic, commercial, industrial, where the sea, the gentle mountains and the city come together to create one of the most attractive urban areas in northern Spain. San Lorenzo Beach, the esplanade, the marina, the Semana Negra (Black Week) festival, an active social life and festive atmosphere all invite visitors to discover this charming city. However, its attractions are not limited to those already mentioned, Gijon has a network of museums and a multiplicity of cultural offerings, including an international film festival and Latin American Book Show. Some of the town’s museums are noteworthy for their originality, among them the Railroad Museum (Museo del Ferrocarril), the International Bagpipe Museum, while others preserve its illustrious past, the Birthplace of Jovellanos, Nicanor Pinole Museum, Revillagigedo Palace, among others.

12 of the Prettiest Ports & Fishing Villages in Northern Spain