Granada AS A HOLIDAY DESTINATION 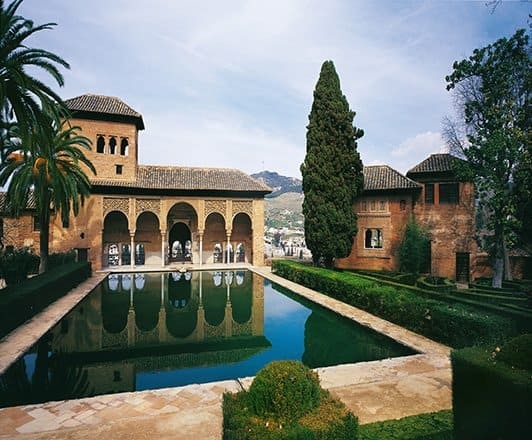 VIEW TOURS THAT INCLUDE Granada

Hi Belen Our trip has been fabulous! We have really enjoyed it. Thank you for putting it together for us! After 16 days away and living out of suitcases, we are ready to fly home tomorrow but we are so happy with our trip and are taking home grea...

Home to Spain’s most visited monument, the Alhambra Palace and Generalife Gardens received a whopping 2.7 million visitors in 2019. The New York Times says “the Alhambra represents the essence of Andalusia, a historic landmark encrusted with romantic associations”. It recommends visiting early or in the off season, when you can still smell the jasmine in the Generalife gardens and can “truly admire the coffered wooden ceilings, the waterfalls of tile work, the crescendos of Kufic calligraphy and the honeycombed fretwork of the Casa Real”.

You’ll need some time to explore this city - Granada is so much more than just the Alhambra. The most popular area is the Albaicin neighbourhood – which is the largest still-inhabited Moorish quarter in Spain and the original site of an ancient Roman settlement. It is the location for many stunning ‘carmens’ or villas and you are also rewarded with some pretty special views of the Alhambra too.  Especially those seen from the gardens of Albaicin's Casa del Chapiz as well as from the Plaza San Nicolas.

It is worth delving in to the Old Jewish Quarter too, the Barrio Realejo, where colourful murals by El Nino de las Pinturas can be seen and there is even a small square dedicated to the Clash's Joe Strummer who once lived here.

Be sure to visit the splendid 15th century cathedral which was built right after the conquest of Granada in 1492 and the Royal Chapel where the catholic kings, Isabella and Ferdinand, lie in rest.  Also the Huerta de San Vicente which was the summer home of Federico Garcia Lorca and where he wrote some of his most important works. It is now a fine house-museum.

Granada's Sacromonte neighbourhood is where flamenco can be heard in the famous Sacromonte Caves. And of course, no visit to Granada would be complete without indulging in the city's famous tapas along the popular Calle Navas or enjoying a Moroccan tea in a typical teahouse along the Calle Caldereia Nueva.   And as for daytrips, it's just a short drive to get to the stunning Sierra Nevada mountains and to the Costa del Sol.