Madrid AS A HOLIDAY DESTINATION 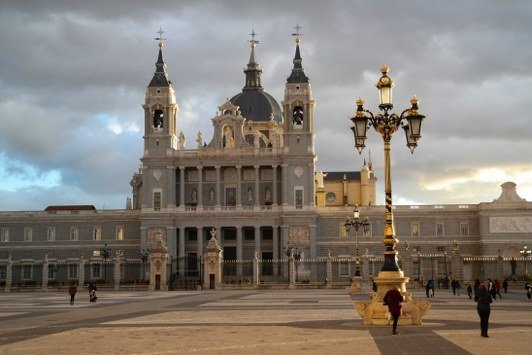 VIEW TOURS THAT INCLUDE Madrid

Totally Spain helped us with tours in Bilbao and Lisbon, as well as restaurant and hotel recommendations. The guides were absolutely top notch, knowledgeable, patient, friendly and, most importantly, passionate about their country and it’s hist...

Madrid, Spain's capital city, has something for everyone. The Telegraph says Madrid is “perfect for a culture-rich long weekend or city break, with great food and a lively atmosphere at night”. The New York Times praises it for its “resourcefulness, creativity and reinvention”. And National Geographic says it “offers a selection of delights so tempting it reduces even the most seasoned traveler to giddiness.”

You’ll want to spend time at the triangle of world class art galleries made up by the Prado, Reina Sofia and Thyssen to see the work by Velazquez, El Greco, Goya and Picasso. You’ll have to visit the squares such as Plaza Mayor and Puerta del Sol. The Retiro Park is a must as are the many foodmarkets including the San Miguel and the new Platea.

Soak up old Madrid in the Royal Palace and the Cava Baja area. The well-heeled side of Madrid is best observed in the barrio Salamanca. Historians will want to see the Plaza Dos de Mayo and literary fans should have a coffee at the Café del Espejo and the Circulo de Bellas Artes – which is where you need to go for a great view of the city. At night – the outdoor terrace is unbeatable.

You have lots of wonderful daytrips from Madrid – we recommend Toledo, Segovia & La Granja, El Escorial and Alcala de Henares.

Madrid - THINGS TO DO

Madrid is located in the heart of the Iberian peninsula and right in the centre of the Castillian plain 646 meters above sea level. The city has a population over 3 million.

The type of climate is the same as in the rest of the Spanish plain: severe winters and very warm summers, reaching temperatures over 30ºC.

The grand metropolis of Madrid can trace its origins to the times of Arab Emir Mohamed I (852-886). It later became the subject of a dispute between the Christians and Arabs. At the end of the 17th century, under the Bourbons, a defensive wall was built for the protection of the new outlying areas. Contemporary Madrid continues to be Spain´s centre, geographically, politically and culturally speaking.

MADRID ATTRACTIONS: WHAT TO SEE

Among the splendid attractions of Madrid are the Prado Museum; home to masterworks of Goya, Velazquez and El Greco: the 19th century Villahermosa Palace now the Thyssen-Bornemizsa Museum; the Reina Sofia Art Centre showcasing more than 300 modern works by Dali, Miro &  Picasso among others; the 18th century Royal Palace on the lovely Plaza de Oriente; the bustling Puerta del Sol with its many shops, restaurants and tapas bars; Rastro Market on Sundays one of the oldest outdoor markets in Europe; and Retiro Park for strolling while admiring local artists and buskers.

Madrid is a melting pot for cuisine from all over the peninsula. Traditional Madrid dishes include the cocido madrileño (a type of stew). Callos or tripe is another of the typical dishes identified with local cuisine. Also the humble and savory sopa de ajo (garlic soup) and caracoles (snails). Typical desserts are barquillos (rolled wafers) or buñuelos (fritters filled with custard, cream, chocolate, etc.).

What to Do in Madrid! 10 Things We Love in Spain’s Capital City