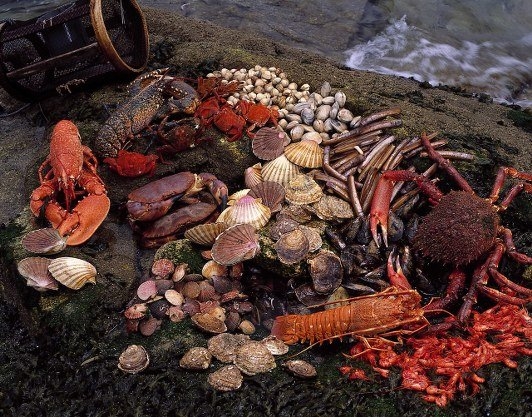 VIEW TOURS THAT INCLUDE Santiago ...

Belen Encinas from Totally Spain assisted us in planning an unforgettable trip to northern Spain! I had taken a similar trip 16 years ago with my younger son, who was studying in Spain. My husband was not able to join us because of work responsibilit...

Santiago de Compostela in Galicia is where pilgrims from around the world reach the end of their Camino de Santiago journey daily – and the emotion of their sacrifice and soul-searching is palpable. Some eight major monasteries and convents and inumerable churches contribute to the fame of a city that ranked right behind Rome and Jerusalem as a place of Christian pilgrimage in medieval times.  But you don’t have to arrive with blisters to enjoy Santiago de Compostela.

The huge 11th century granite cathedral is the city’s biggest attraction.  It's facade is considered among one of the most beautiful in the world and it's high altar is a dazzling creation in silver and gold.  And when you’ve seen the ‘botafumeiro’ which is the 80kg incense-filled thurible - being hurled by 8 priests through the length of the cathedral at high speed during the Pilgrims Mass, you’ll know why.

It's easy to spend a day or more soaking up the atmosphere in Santiago de Compostela. The Telegraph likes this “good-looking city of Baroque squares, Romanesque churches and Renaissance courtyards” and its “affordably priced restaurants and a buzzing bar scene.” The old quarter of Santiago is completely pedestrianised which makes it great for wandering and having a few coffees and snacks or bar-hopping.

If you need to work up an appetite before lunch visit  the city’s foodmarket at Praza de Abastos – the colour and variety of produce throughout the eight granite halls is boggling. The New York Times agrees adding that you’ll find “whole octopuses simmer in caldrons, and wheels of homemade cheese top linen-covered benches.”

You should explore the streets and lanes that encircle the Plaza del Obradoiro which are full of artisan food stores and restaurants and each menu board looks better than the previous one. One of our favourite buildings is the Parador  - Hostal dos Reis Catolicos – located on Obradoiro Square. Built as a royal hospital in 1499 it's a vast museum of cloistered courtyards, tapestries and statues. It has a lovely outdoor cafe restaurant with top notch views of the cathedral.

Seafood is king in Galicia, very well priced and wonderfully prepared. You’ll find delicious ‘pulpo’ or octopus on offer everywhere but especially in dedicated restaurants known as `pulperías´.  You’ll also find local Albarino and Riax Baixas white wines, cheeses and the savoury empanada pie is a must. But leave room for the ‘tarta de Santiago’ - a lovely almond pie.

If you are interested in modern architecture you should visit the financially controversial City of Culture designed by Peter Eisenman which is located on the hills outside Santiago. If surrealism is more your thing, you should see the Eugenio Granell Foundation near the Pilgrims Office.  Need some downtime? Stroll over to Alameda Park.  Santiago de Compostela is a wonderful city.

The Many Ways of Doing the Camino de Santiago

What to See in Galicia in Northern Spain