Valencia AS A HOLIDAY DESTINATION 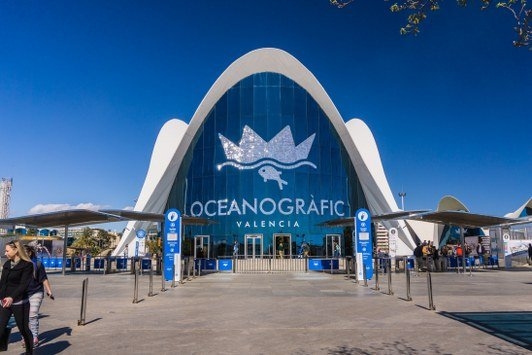 VIEW TOURS THAT INCLUDE Valencia

Belen, Now that we are back home and caught up with most things after being away, let me say while I have moment that we had a wonderful time and you took care of us very well. No other travel agent I have ever used has gone into so much detail...

Valencia, Spain's third city, is really enjoying its moment in the sun. Conde Nast Traveller writes about Valencia that it “has experienced a fresh sense of glamour and modernity in recent years”. The obvious place to explore that glamour is at the wild and wonderful City of Arts and Sciences designed by home-grown starchitect Santiago Calatrava which is every photographer’s and sci-fi fans dream.

If you’re a fan of markets, like we are, you have two treats in store for you in Valencia. The Telegraph recommends the extravagant Art Nouveau building that is the Central Market suggesting that we “gaze up at the tiled dome, adorned with painted oranges, then look down at the pyramids of the real thing at ground level and have a freshly squeezed juice at the bar outside the market. Full of flavour and zing, it's like Valencia in a glass.” We also like the Modernista-styled Colon Market (Colon refers to the navigator Colombus).It’s a pleasant place to have a drink and on Sunday mornings at midday to catch a piano recital.

Foodies will want to try horchata which is an almond-like drink made from a root called the tiger nut. And of course Valencia’s star dish paella.  For a Michelin-style meal in Valencia city Quique Dacosta is the big name in this part of the world. He has three eateries in downtown Valencia: El Poblet, Mercatbar & Vuelve Carolina

Culture vultures will want to visit IVAM – the museum that takes a look at the 20th century art movements including Popart and Abstract.  Valencia city centre itself is a wonderful combination of Gothic, Romanesque and Renaissance influences and nowhere is that more evident than at the city’s cathedral. The staggeringly beautiful 15th century Gothic Silk Exchange which is still used for trading today is another must-see.

We also recommend a walk to the Turin Gardens. The 12-sectioned space was created when the river was diverted away from the city centre following the catastrophic flooding in 1957.  Make your way to the Bioparc which is a savannah-like reserve featuring lions, giraffes, gorillas and elephants. Here you’ll also find the Botanic Gardens, the House Museum of local painter José Benlliure and one of our favourite sections  – Gulliver Park – an excellent free attraction and great place to see Valencian families at play.

Finally Valencia wouldn’t be Valencia without Las Fallas where giant figures made from paper, wax, wood and Styrofoam are burned ceremoniously. A year’s work of labour goes up in smoke every year from 15-19 March. Only in Spain!

What’s So Great About Valencia City?