The UNESCO (United Nations Educational, Scientific and Cultural Organization) tries to promote and preserve the cultural and historical heritage around the world denominating different sites and cities of particular interest. This itinerary includes visits to several of the areas in Spain awarded with the World Heritage denomination. ...

Totally Spain does not arrange flights so you have the flexibility to book the flights you prefer. We can recommend a travel agent with whom you can book your flights if required. Otherwise a website such as Skyscanner is very useful for checking up-to-date flight schedules and prices.

The UNESCO (United Nations Educational, Scientific and Cultural Organization) tries to promote and preserve the cultural and historical heritage around the world denominating different sites and cities of particular interest. This itinerary includes visits to several of the areas in Spain awarded with the World Heritage denomination.

Totally Spain does not arrange flights so you have the flexibility to book the flights you prefer. We can recommend a travel agent with whom you can book your flights if required. Otherwise a website such as Skyscanner is very useful for checking up-to-date flight schedules and prices. 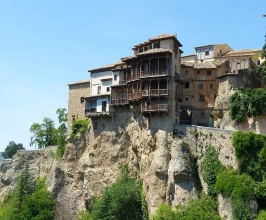 Arrive in Madrid airport, pick up your car rental and proceed to Cuenca.

The magical medieval fortified city of Cuenca, a Unesco World Heritage site since 1996, awaits you with its incredible Hanging Houses (Casas Colgadas), cathedral, San Miguel Church, San Pedro Church, Descalzas Convent and San Nicolas, among other fascinating monuments. Discover the beauty of the nearby Enchanted City (Ciudad Encantada), where stone comes to life. The Museum of Abstract Art will appeal greatly to art lovers. And for the curious of mind, what better than a visit to the Castile-La Mancha Museum of Sciences and the provincial archeological museum. 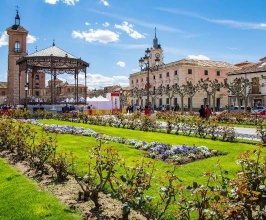 The University and Historic Precinct of Alcala de Henares, a UNESCO World Heritage site since 1998, is the hometown of Cervantes; the town is beautiful with its narrow streets, its palaces and convents and its many civil buildings. It invites you to discover the University (founded in 1499 by Cardenal Cisneros), Plaza de Cervantes, the ruins of Santa María de la Mayor, the colleges of Sta. Ursula and Escritorios, the Cathedral of Stos. Justos y Pastor, and many more. Do not forget walking the crowded Calle Mayor, where you will find the house where Cervantes was born. 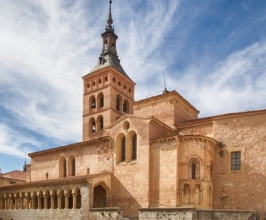 Here there are countless traces of the past to be seen in buildings and remains of the old city. Most remarkable of all its landmarks is the incredible Roman aqueduct that towers over the town. Although it dates from the 1st century AD, it was still in use until two centuries ago. The awe-inspiring Alcazar (which inspired Walt Disney) has presided over the city since the middle ages and the imposing 16th century gothic Cathedral is also quite spectacular. `Cochinio Asado´ (roast suckling pig) is just one of the many delicious local dishes one must try.

Visit the Cathedral in Segovia. We'll pre-purchase your entrance ticket for Segovia Cathedral to save yourself precious time once in the city. Then, head inside to explore the interior of this vast Gothic cathedral—the last to be built in Spain and dating from the 16th century. Absorb the interior’s restrained beauty with its Flemish windows, Gothic choir, 18th-century altarpiece, cloister, and chapels; and view the treasures at the museum, all in your own time.Admission ticket to Segovia Cathedral in SegoviaPrebook your ticket to make the most of your time in the city Wander the vast, simple interior of the last Gothic cathedral built in SpainSee the chapels, altar, cloister, and museum at your own pace 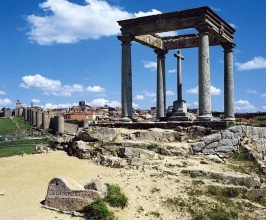 Avila is the highest of the provincial capitals and is UNESCO Heritage of Mankind. It´s best views are from from Los Cuatro Postes from where one can see the remarkable medieval walls, the Alcazar gate, the Cathedral and the Basilica de San Vicente.  Spectacularly illuminated at night, the city walls, built by Christian nobles in the 11th century, are punctuated by 90 crenelated towers and nice arched gateways.  A square-towered cathedral, with brilliantly carved choir, lovely chapels and a museum full of fine paintings dominates the low skyline.  The town´s most celebrated resident was Saint Teresa, and the first of the convents she founded is now a museum here, giving the city an aura of austere spirituality. 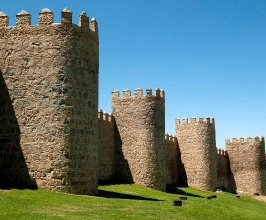 Besides the archaeological evidence that suggests an original wall from the late-antiquity period (fifth century), set around a small area, the walls date from the Middle Ages. With a perimeter of 2516 m (around an area of 33 ha), 87 turrets, 9 gates and 2 small gates and 2500 merlons, the walls of Ávila are the best-conserved example of their kind in the world.

Palaces built on the interior formed a second line of defence against popular revolts and/or enemy attacks on the town. The date of their construction is a matter of controversy. Some authors suggest that, in keeping with tradition, they were built at the end of the 11th century, while others consider that most of the construction work took place during the second half of the 12th century-beginning of the 13th century, as is the case of neighbouring military constructions. Built on rock foundations, the walls stand as a powerful defence construction made of granite masonry, filled with stone and mortar. It has an irregular quadrilateral shape that is almost a rectangle and positioned longitudinally from East to West. Its construction began on the most vulnerable side (the east), where there are no natural elements of defence, which is why it is the most robust and grandiose side of the walls. The walls have a thickness of 3 m and a height of 12 m. There is a semi-circular turret every 20 m, standing 8 m above the height of the walls and this side has the largest and most solid gates. The gates on the north and west sides are less majestic and the turrets show signs of work by Mudejar builders (brickwork). The south side gives the impression of depletion and the size of the masonry work decreases. It has smaller semi-cylindrical towers set further apart and gives an overall sensation of reduced resistance and robustness.

The east side has a large amount of reused Roman materials (steles, altar stones, urns, cupae, cornices, animal statues and columns, etc.) thought to come from the dismantling of an early Roman necropolis that was once located in the area.

In the 16th century, it was still used for economic control and health safety purposes and reforms were carried out to repair the walls; however, after the danger of war had disappeared, the decision was taken to remove some of the additional defence items (barbicans, moats, etc.), which had become ineffective against the military machines used at the time.

The repair and restoration work before their designation as a National Monument on 24 March 1884 was of a sporadic nature. However, two events led to it being used again for defence purposes: the French occupation (1809-1812) and the Carlist wars (1836-1840).

The work carried out later was supervised by the state and focused on the maintenance, restoration and artistic conservation of the walls as national heritage to favour their function as one of the city's sites of interest. At the end of the 19th century, certain intellectual circles advocated the demolition of the walls in keeping with what was happening in other European cities as they were considered a barrier to urban development. The Town Hall's insistence and the lack of finance for the demolition work prevented their ideas from being put into practice. In 1982, the old town was designated a Site of Cultural Interest (under the category of Historical Site) by Spanish Royal Decree 3940/1982 and it was designated a World Heritage Site by the UNESCO in 1985. Much of the walls can be visited and accessed by all citizens at the places known as the House of Las Carnicerías, the Gate of El Alcázar and the Gate of El Puente. Audio guides are available in seven languages and there is also a special version for children. 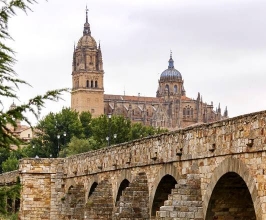 Today drive to Salamanca, which as well as being Spain's most famous university city is also perhaps its finest exponent of Renaissance and Plateresque architecture. The University, one of Europe’s oldest, features a stunning Plateresque facade. The Main Square, or Plaza Mayor, is without doubt one of finest in Spain. Other sights include the Baroque Town Hall, the 16th century Casa de las Conchas or House of Shells and others too many to mention. 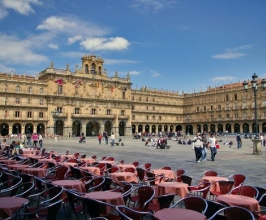 Salamanca has two Cathedrals in different styles; the newer 16th century cathedral and the adjacant 12th century Romanesque cathedral. The University, one of Europe’s oldest, features a stunning Plateresque facade. The Main Square, or Plaza Mayor, is without doubt one of finest in Spain. Other sights include the Baroque Town Hall, the 16th century Casa de las Conchas or House of Shells and others too many to mention. 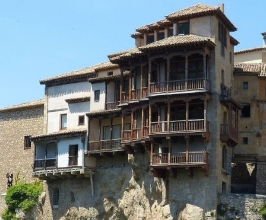 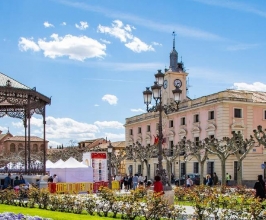 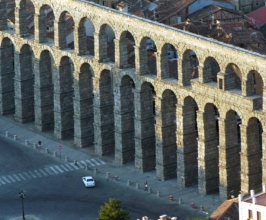 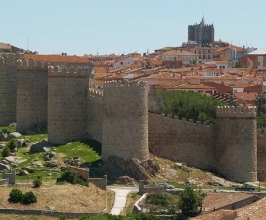 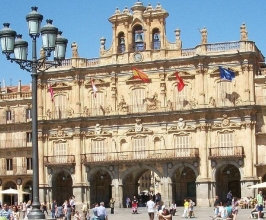 Hi Belen Our trip has been fabulous! We have really enjoyed it. Thank you for putting it together for us! After 16 days away and living out of suitcases, we are ready to fly home tomorrow but we are so happy with our trip and are taking home grea...