The proximity of the inland hills to the coast makes Cantabria a wonderfully diverse region.  Charming coastal towns and peaceful resorts have sprung up among the green fields and meadows where traditional farming is still very much a way of life.  Historical towns such as Santillana del Mar, C...

The proximity of the inland hills to the coast makes Cantabria a wonderfully diverse region.  Charming coastal towns and peaceful resorts have sprung up among the green fields and meadows where traditional farming is still very much a way of life.  Historical towns such as Santillana del Mar, Comillas and Potes are just some of the architectural treasures to be found here. The region boasts an truely impressive array of cultural attractions including the Botin Centre and, the Museum of Prehistory & Archeolgy in Santander.  The Antoni Gaudi designed El Capricho in Comillas. UNESCO has awarded world heritage to status to the multiple prehistoric caves in the region, the most famous being Altamira. Natural attractions include the Picos de Europa mountains and the splendid coast, especially the Ribamontan al Mar surf reserve. Cantabrian cuisine is known and appreciated all over Spain and in recent years the Michelin guide has acknowledged this by awarding multiple stars here.

Arrive in Cantabria and proceed to the accommodation of your choice in the beautiful village of Santillana del Mar. Note that both Santander and Bilbao airports are ideal to fly into.  Collect your pre-booked rental car at either of these airports and then it is an easy drive by motorway to Santiallana del Mar.

Santillana del Mar, located on the North Cantabrian coast, is one of the most treasured and beautiful towns in all of Spain. Like a living museum, this medieval village grew around the 12th century Romanesque Collegiate church of Santa Juliana.  Carefully preserved it features, from the 14th to 18th century, magnificent masonry houses with coats-of-arms: stunning manor houses and small palaces:  historic towers such as those of El Merino (14th C) and Don Borja (14th C).  It is a delight to walk along its polished cobbled streets and perhaps stop in for a coffee at the Parador de Gil Blas and recall how the town was made famous by a neo-classic rogue and his adventures, created by the pen of French author Lesage in his book “Gil Blas de Santillana”.

This morning after breakfast enjoy exploring Santillana del Mar, declared a national monument and considered to be one of the lovliest medieval towns in Spain.  A great number of its 15th to 17th century houses and mansions still remain and are incredibly well preserved; the town is a veritable living museum. The Romanesque Collegiate Church of Santa Juliana is especially interesting.  The Museum of Torture is not for the faint-hearted but it is certainly well created and gives a good insight into the times around the Spanish Inquisition.

Afterwards head out to see Altamira. Pre-booked tickets are included.  The prehistoric paintings of the famous Altamira Caves (original is closed to the public) can be appreciated at the neo-cave which has been created in the impressive museum nearby.

This afternoon visit the seaside town of Comillas and be sure to visit El Capricho which was designed by Antoni Gaudi.  Also see San Vicente de la Barquera, with its Romanesque cathedral and castle. 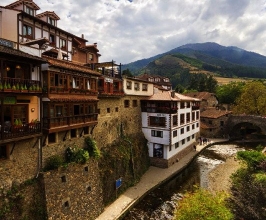 Leave Santillana del Mar today and travel inland via the spectacular Hermida Gorge to Potes, a charming ancient little town full of old balconied houses. The 15th century Torre del Ingantado overlooking the town is a notable defensive tower.  Just west of Potes is the monastery of Santo Toribio de Liebana, which was founded in the 7th century and is one of the most revered spots in the Picos de Europa. Together with Santiago de Compostela, Rome, Jerusalem and Caravaca de la Cruz, Santo Toribio is one of the five places of Christianity that has the privilege of perpetual indulgences.

Continue to Fuente De, a short drive from Potes, where you can enjoy taking a prebooked ride on the spectacular cable car, up into the Picos mountains.  Here you'll find great walks and amazing photo opportunities.

Tonight overnight in a charming 4 star hotel in the Picos area. 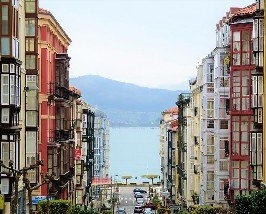 Today travel to the capital of Cantabria Santander which is considered to have one of the most beautiful bays in the world.

Santander, once a summer resort of the Spanish royal family, is today a bustling port and a splendid city. The 12th century Cathedral was rebuilt in 1941 after a devastating fire which consumed the entire old city of Santander.  But the city recovered and is today very eloegant and pleasing to the eye. In fact, this is captured in a popular local song that refers to Santander as the Reina del Mar or the Queen of the Sea.

This afternoon you wil be met by your local expert Santander guide for a walking tour of the city.  See the new `old town´ as well as the newest additon to the city, the Centro Botin.  Also the small zoo and gardens on the grounds of the Palace of Magdalena, the Museum of Archaeology and Prehistory, as well as strolling along the promenade. The views across the bay to Somo and Pedrena with the mountains as a backdrop are lovely.  A regular passenger ferry operates across the bay between Santander and Somo / Pedrena and is worth taking a ride later today for the views alone.

Today after breakfast you have a choice. 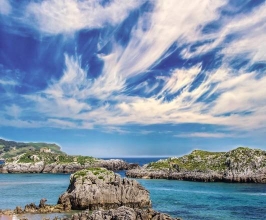 Today leave Santander and visit the eastern coastal towns of Cantabria such as Laredo & Castro Urdiales. Laredo, with its long sandy beach, is one of Cantabria’s most popular beach resorts.  It has an attractive old town built around the 13th century Church of La Asuncion. Castro Urdiales, another charming fishing town features the magnificent gothic church of Santa Maria perched atop a spectacular promontory.  Santoña too is an interesting fishing town famous all over Spain for its anchovies which are served in the best restaurants.

Should you feel like taking it easy and enjoying the beach we highly recommend a walk along the stunning Trengandin beach or Ris beach in Noja. Depending on your preferences we'll decide the best location for you to stay in today. 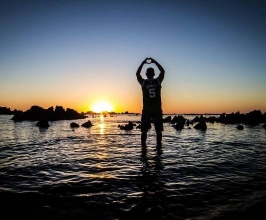 Today we suggest a daytrip to Bilbao, a short one hour drive.

Enjoy the city sights including the Guggenheim Museum for which pre-booked entrance tickets are included.

Afterwards cross the Zubi-Zuri bridge, one of the most recent works by the architect Santiago Calatrava, which crosses the Bilbao River near the Guggenheim. From here you might take the funicular and ascend Monte Archanda, where you can appreciate a magnificent panoramic view of Bilbao.  Then continue along the Bilbao River to the Plaza del Arenal, passing on the way several historic buildings including the splendid Town Hall. Enter the Casco Viejo (Old Town) where many of the city´s most emblematic building can be found including the Teatro Arriaga, Plaza Neuva, Catedral de Santiago, Mercado de la Ribera, San Antón bridge and the Bidebarrieta library.  Bilbao has a great food scene so do be sure to indulge in the local cuisine and especially local pinchos (basque tapas). 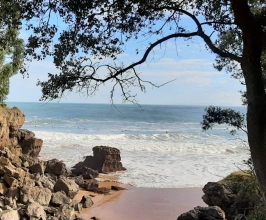 Today enjoy a tour of the interior of Cantabria.  Travel through the mountains to the Embalse del Ebro where the River Ebro rises.  Visit Reinosa, a small town with some traditional stone houses.  This fertile region also features a winter ski resort, Alto Campoo.  From here continue to the charming old town of Barcena Mayor, which appears to have stood still in time.   This is a good place to buy local crafts.  Accommodation of your choice on the Trasmiera coast, east of Santander.

Santander - What to See & Do

Altamira Caves and what esle to see in Cantabria 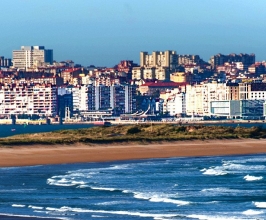 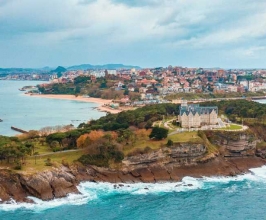 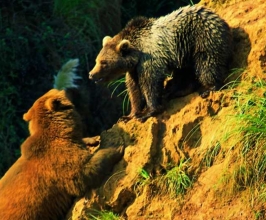 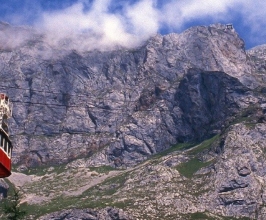 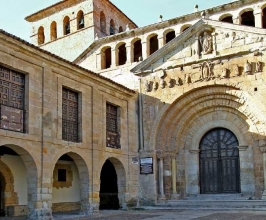 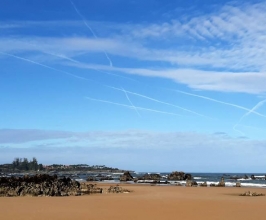 Dear Ken We enjoyed our holiday immensely.  Your itinerary and hotel choices worked very well for us and every pickup and transfer went perfectly to plan which took any stress out of our trip and made the holiday most enjoyable. We es...